I was bored so I dressed up in my prettylicious witch costume and ventured into the woods of Helsingborg to pose with candles and a stuffed plastic raven. You know, the normal thing to do on Easter/any given saturday.

Got a few more to show, but I’ll post them later on :)

I have started to go back to my roots again, in a way. Embracing the tiny lvl 18 Zombie that I once was. Taking some fashion advice from her from time to time. It is actually quite fun to dress the way I did ten years ago :)

I used to try to be a wiccan. This was back when I was 17-18. I bought a book on a sale at Åhléns and I thought it was very interesting. I guess I was more of an agnostic than an atheist at this point, and the heathen ways of the wiccan belief fit me very well. I liked the fact that the women had greater status in the wiccan belief than in f.x. christian belief. I was 17 years old and I wanted power. Not that I believed in actual witch craft, not that kind of power. But hey, show me a 17 year old girl who does NOT want to take over the world? I still have this lingering plan on how to accomplish world domination. ;)

I let go of the wiccan aspirations pretty fast. Still got some of my old books left though. But yeah, religions aren’t my thing. I am too much of an atheist to be able to belive in that.But I still like it. Lots of danging necklaces, rituals, cults, long black dresses and dramatic make-up. So, perhaps a bit more often now: lvl 18 Zombie is back. Hi! ^_^

But. Don’t be fooled: I am still the witch. I am still the huldra. I am still one with myself. And I still listen to the same kind of music to keep me empowered. Blessed be and if you fuck with me I’ll give you hell three times over. Or at least I will do my very best. And this is not religion, this is a state of mind. Either you get what I am stabbing at, or you don’t. It’s for me to know and you to find out. But yeah. It’s a self confidence thing, nothing else. And it has to do with the soil of my birth place. Neverrrrrrrrmind.

I am very interested in the OLD mythologies. Greece, Egyptian and Norse mythology. Especially Norse mythology. I don’t know how many books I’ve read on the subject, and I keep craving more knowledge. I am not going to say ”It’s so cool!” but well, in a way, it is. ;) I guess it’s the viking in me that is trying to get through aswell. Or, I suppose, the valkyrie.

Anyway. Happy Easter, Ostara or saturday to you! ;) 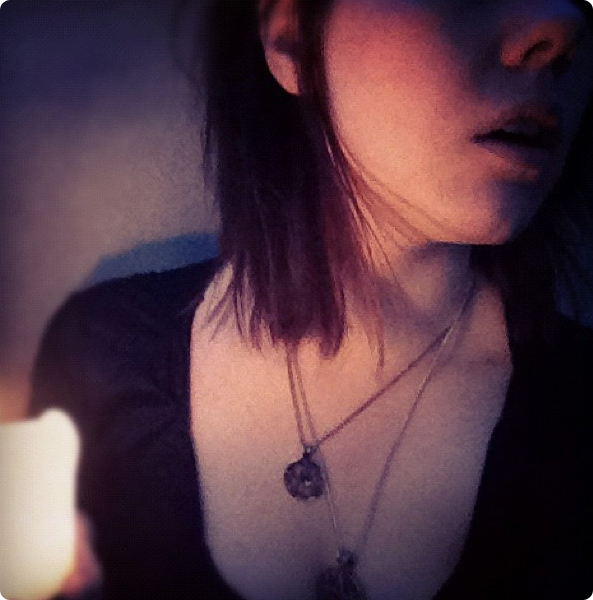 ”Something is standing in between me and my sanity – the say my witch is just a dream, morbid fantasy”

Pictures from yesterday, me dressed up as my 17 year old self and playing with candles and a fake raven. lol ^^