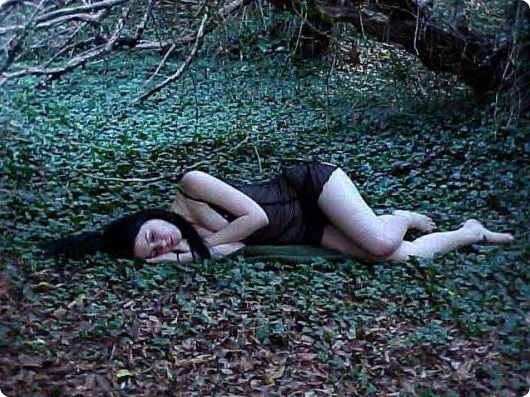 People can always point fingers and say ”You think that was bad? Think about [insert optional worse story here]”. But what does that matter to an eleven year old who knows that no one will ever love her, that she is bound to be alone for the rest of her life and that no matter what she does she will always be the awkward, weird geek that people make fun of when bored..? So yes. I know that a LOT of people are far worse off than I was. But come on. This is my story and my world and my blog so therefor the only thing I can relate to is my own pain and my own background.

When I was a child (10-16) I had a hard time in school. I had good grades, I had some people I could refer to as friends, but for most of the time I just had my books. And movies. When other people relate to things that has happened to a friend of theirs or themselves, I relate to what I have seen in a movie or read in a book. I am still very socially awkward, even though I now surround myself with people who think I have value and who gives me worth and makes me grow as a person. But no one can ever erase all the pain I have felt during my school years, it is mine to keep and try to live with. I don’t even think that the kids that were nasty to me understand what kind of impact they had..? It was only mental abuse, no physical violence, but it sticks. It sticks to the brain and it sticks to the heart.

But you know what? In some ways I think it turned me into a better person. I built the person I am today and I am both more stronger and more intelligent than I could have been if I had been one of the gray mass. I wish it never happened, I wish I could go around with the same self esteem as everyone else seems to do, but I cannot change what has been. And I am grown up now. To quote Christer Sandelin (shut up i like it!) ”Ni kan inte nå mig nu / Som när vi var små / inte göra illa mig något mer / jag är en stjärna, och vilka är ni?” (”You cannot hurt me anymore like when we were kids, I am a star and you are nothing”)

I keep being amazed at the kind of friends I have today. Strong, kind, beautiful people – and they like me! I don’t know what I did to deserve such amazing friends, but I am thankful.
I wished someone could have shown a glance of my future to me when I was 11, and told me ”Just make it through these next few years and this is what you will gain”. That would have helped through all those sleepless nights when I tried to rest on a pillow wet from tears. That would have helped all those days when I had to walk 10 meters behind the rest of the class because no one wanted me to walk with them. That would have helped when I had to sit in a closed room with my two biggest nemesises and tell them that I kind of wanted them to stop being mean to me (the teacher actually LEFT ME alone in there with them!!).

Just… Thank you. Bear with me. I try to give back what you give to me. It’s just that I am still fairly new to this whole ”Having friends” thingie? I still try to adjust to realizing I have worth as a human being :)